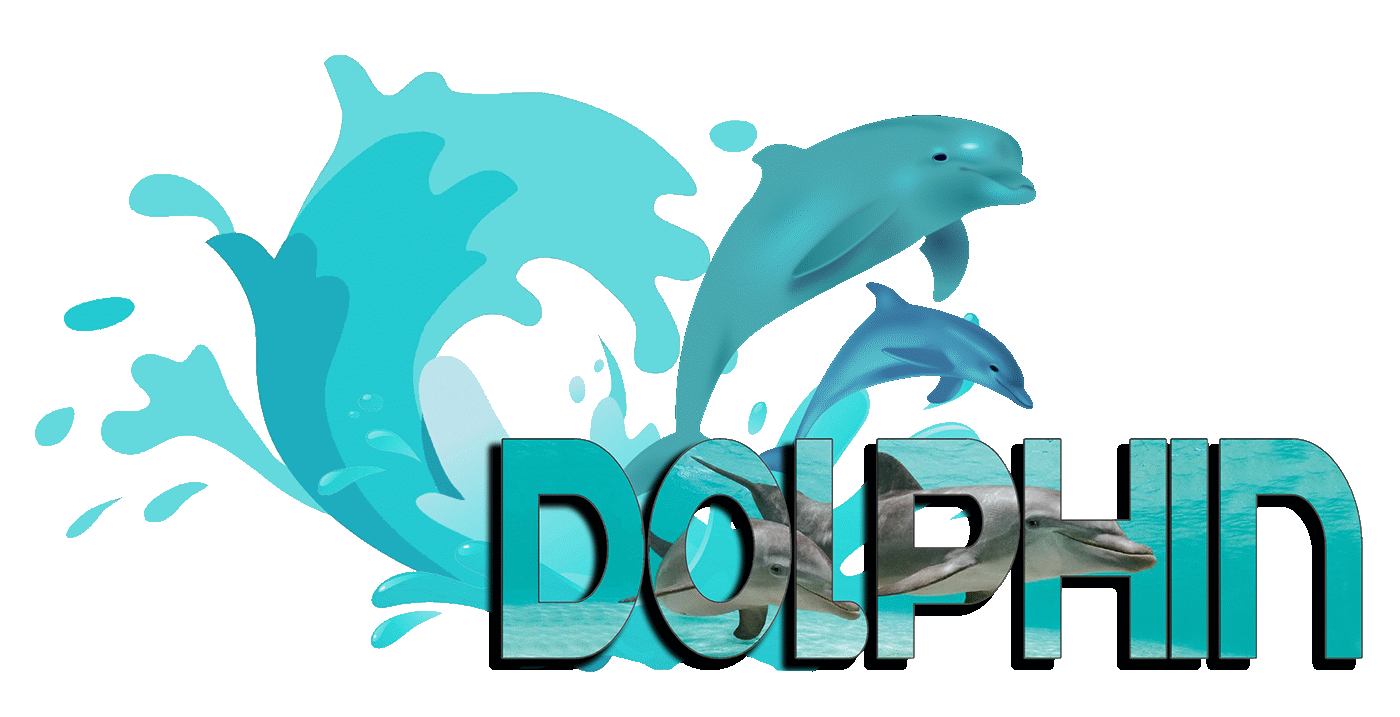 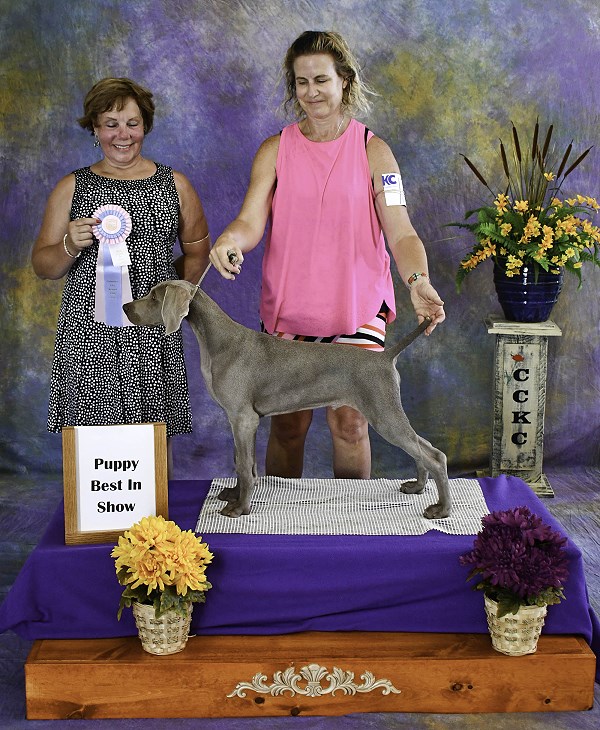 Dolphin started his show career at 3 months of age, taking Best Puppy In Show at a UKC show in July, 2020. He had a blast in the show ring! I knew we were in for a fun journey this year.

Champion in ONE month of showing

Finished with 4 majors (including 2 specialty majors)
BEST OF BREED at the 2020 AKC National Championship Puppy Stakes - the youngest puppy entered at 8 months of age! 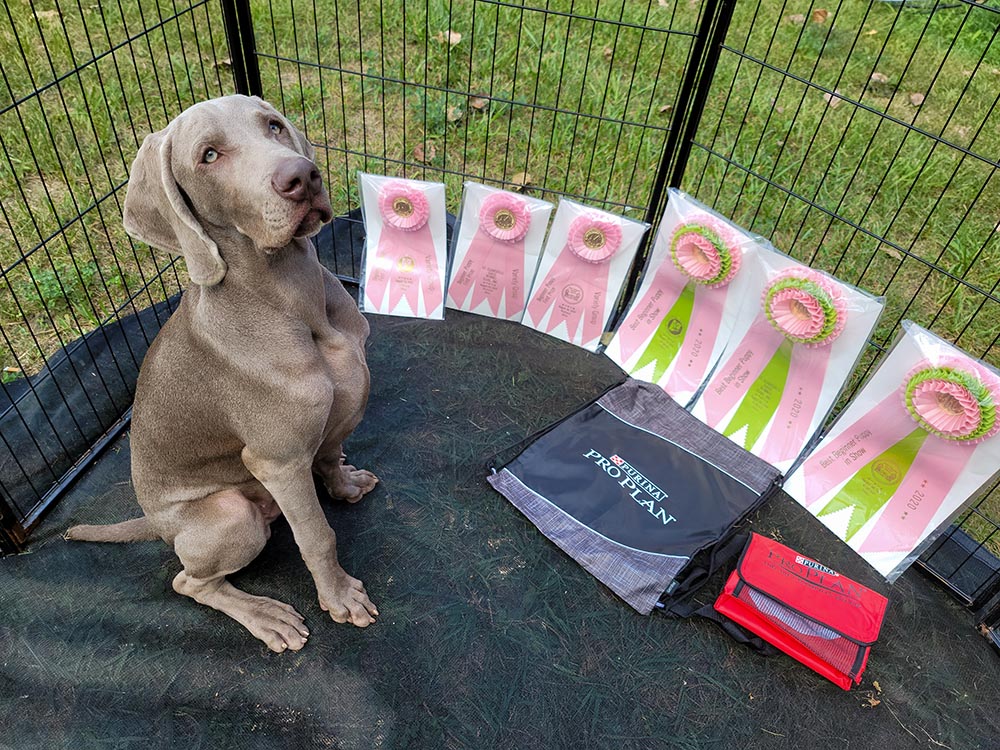 Dolphin's first weekend showing in the AKC 4-6 month puppy classes was incredible. At 4 1/2 months of age, he went out there and showed like a confident, experienced dog. At the three day Smithfield AKC show he won a competitive sporting group every day, and took BEST PUPPY IN SHOW all three days! It was amazing, and I was so proud of him! Most importantly - he had so much fun in the ring. 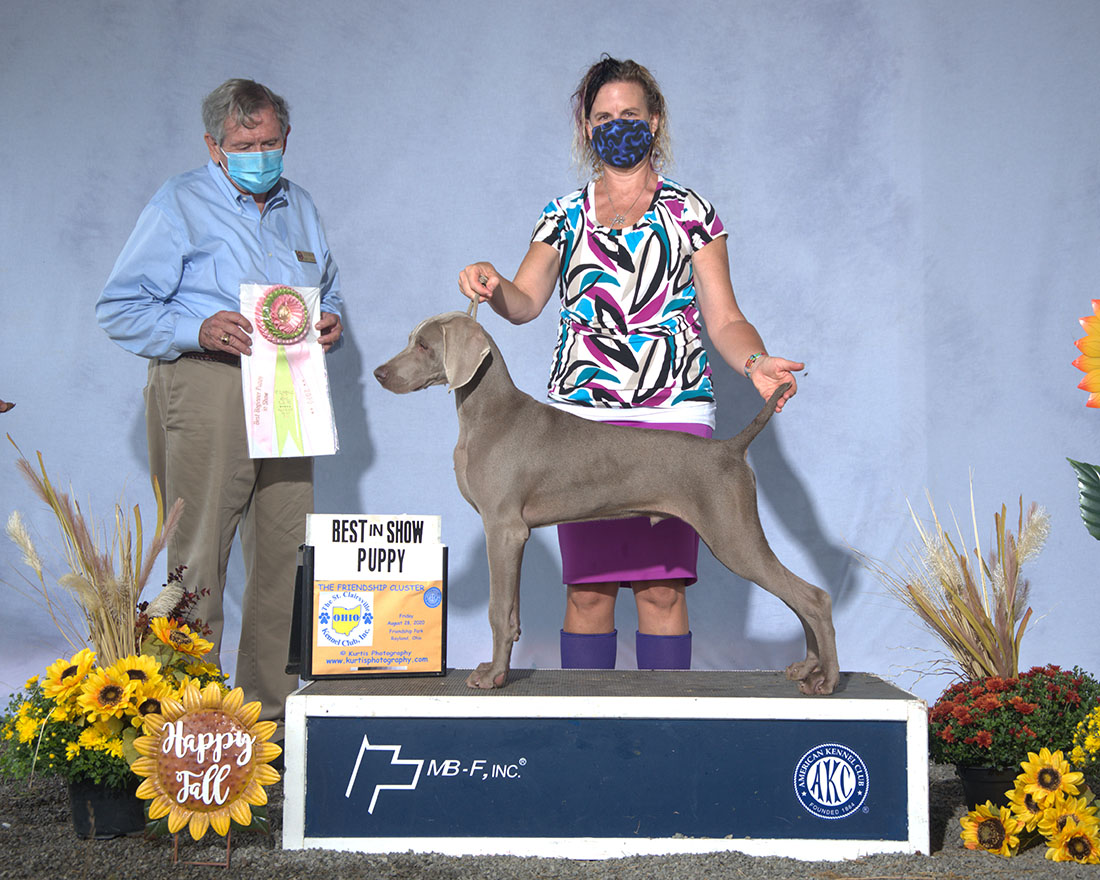 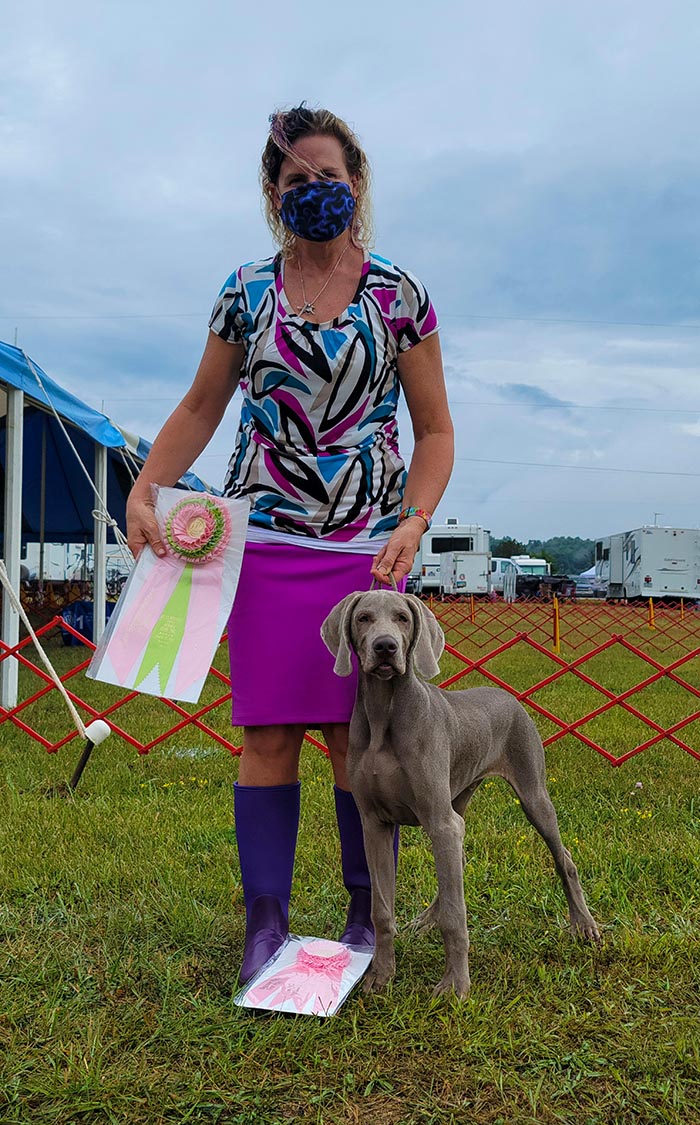 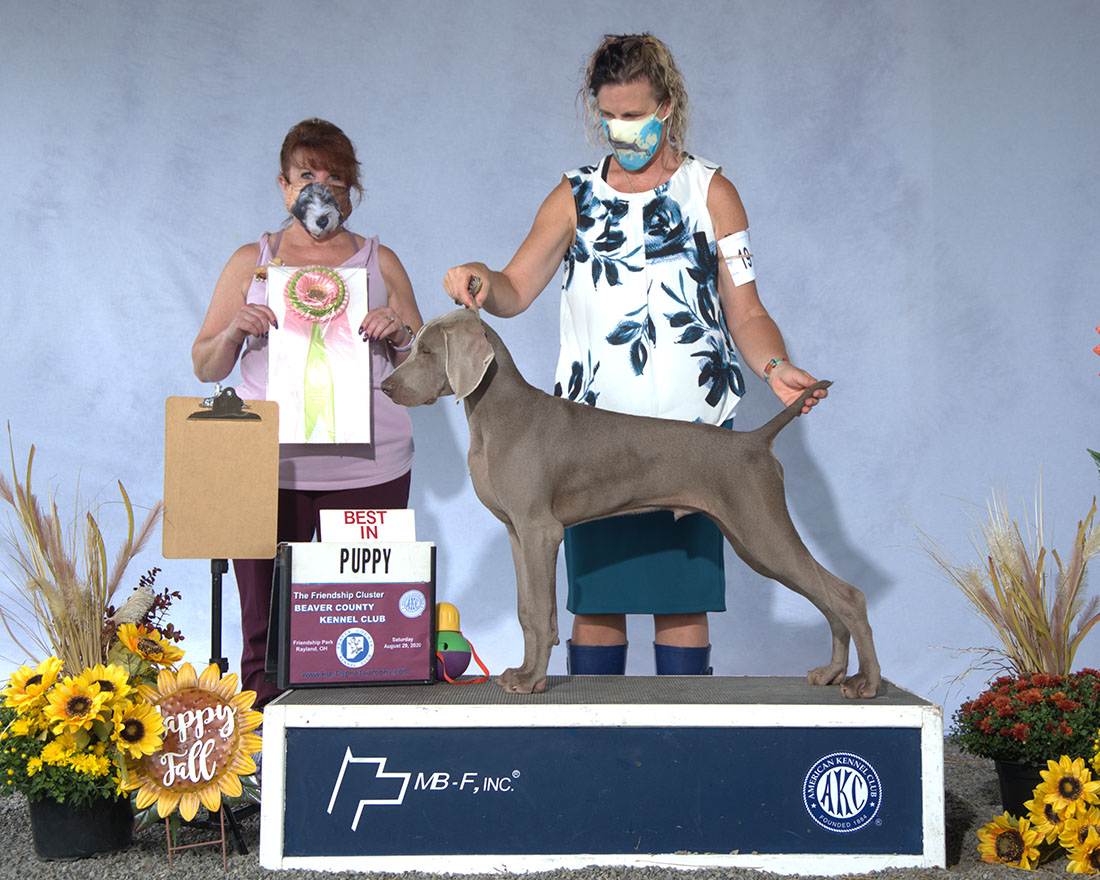 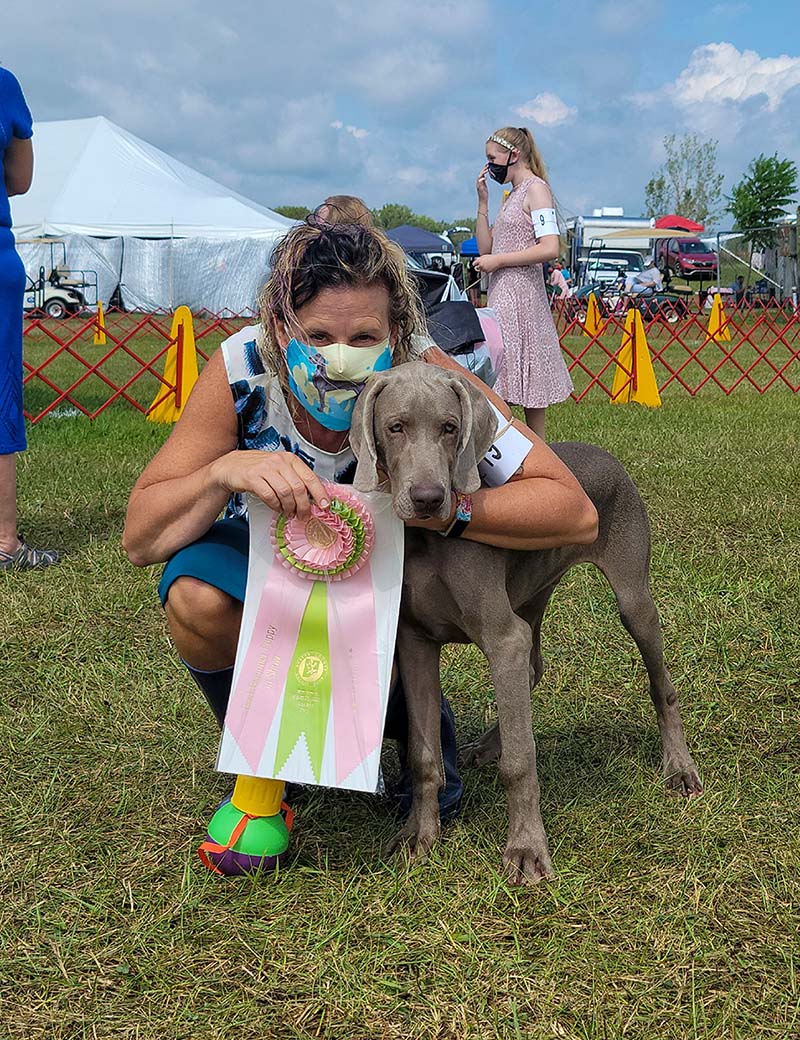 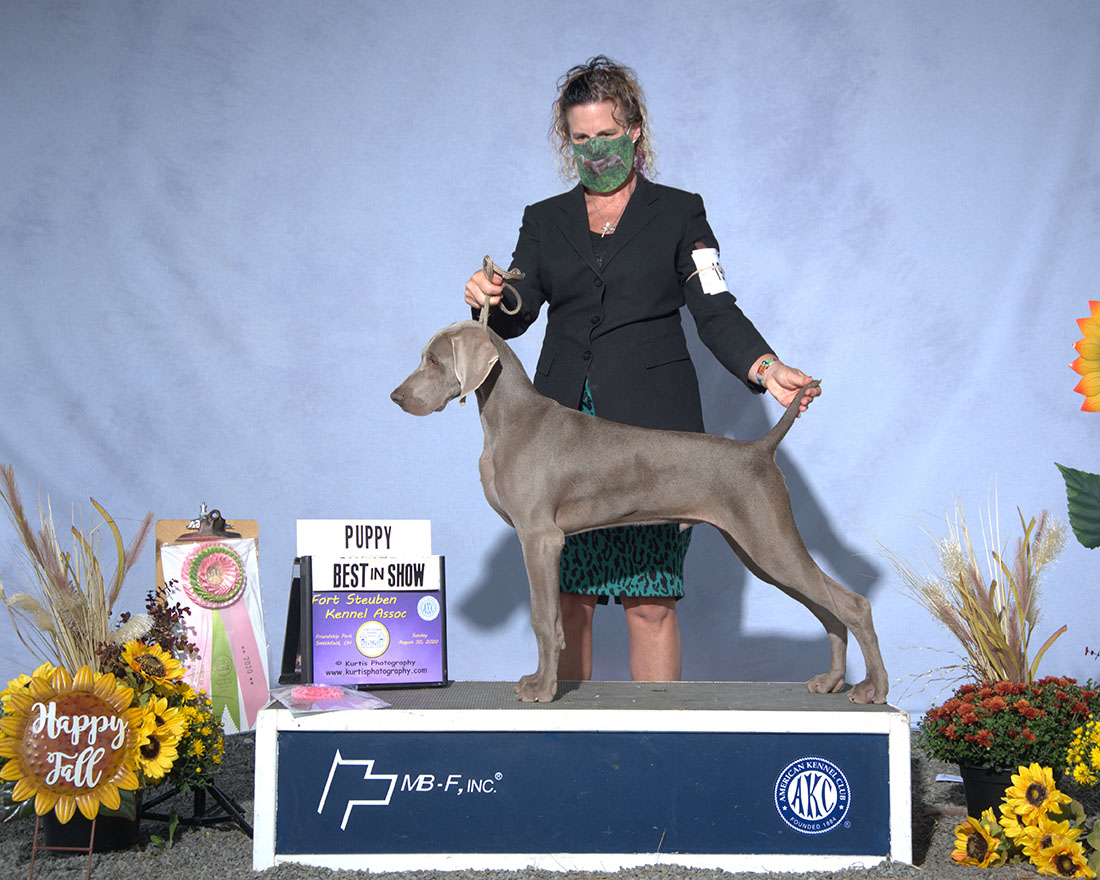 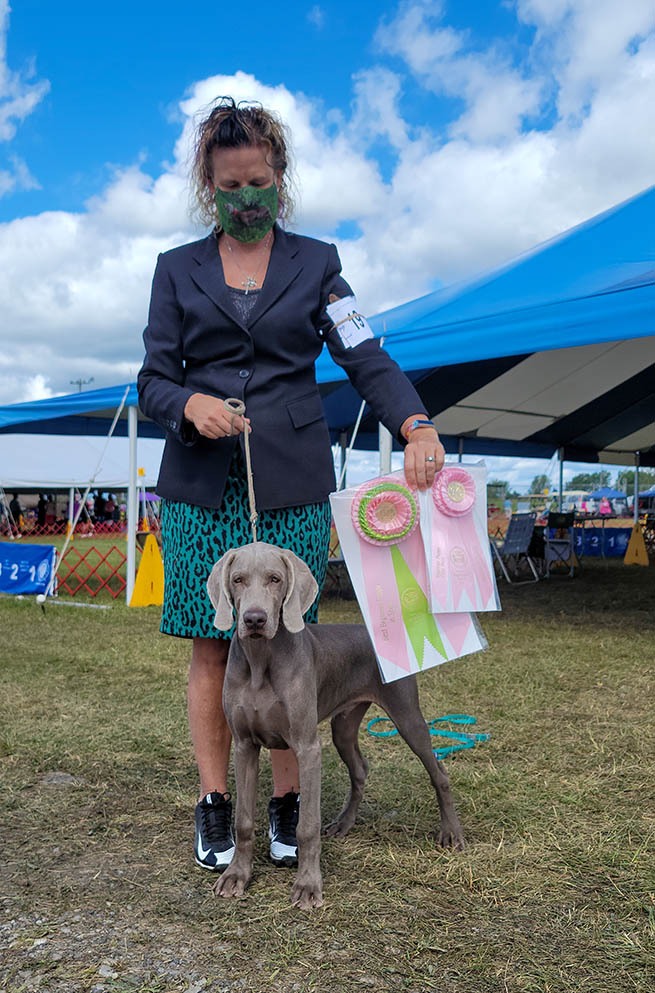 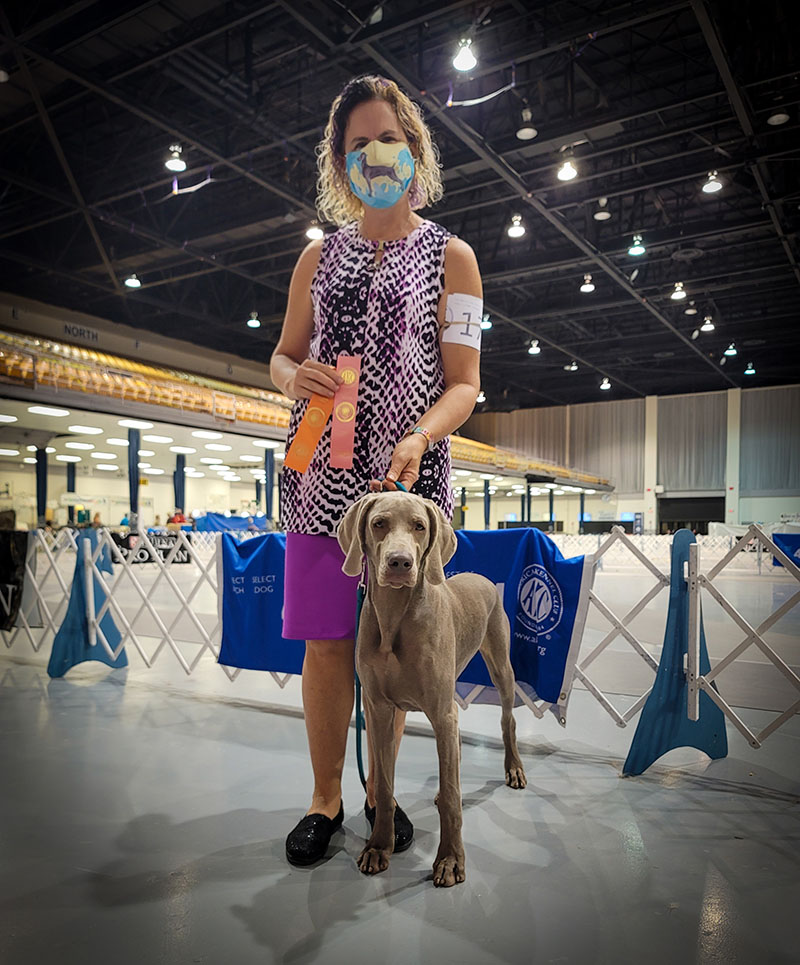 In September, Dolphin picked up another puppy sporting group 1 and 2 at the show in Lancaster. We then headed south...way south to Tampa Florida where he picked up two more sporting group ones and a sporting group 2 and 3. Dolphin gained valuable experience showing in the big indoor facility at the Tampa show grounds. This was his first time showing in such a large building, and he quickly became very comfortable in it (a little bit of a steak treat didn't hurt!). This was the final weekend of his 4-6 month puppy career as he turned 6 months old the next weekend. 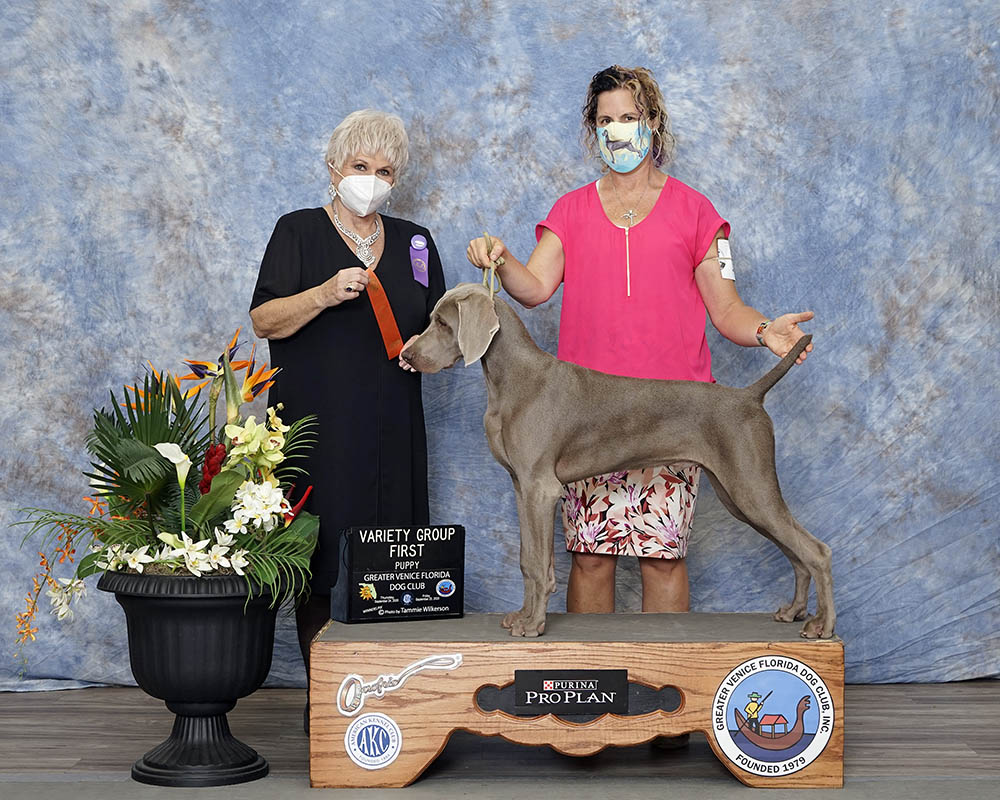 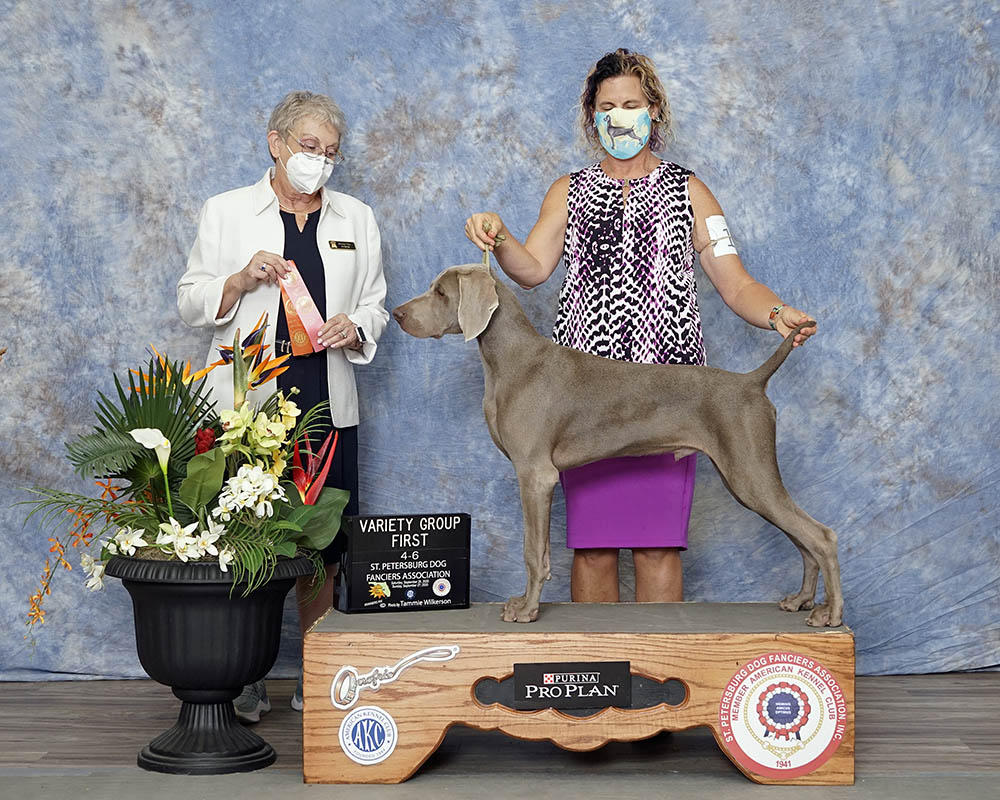 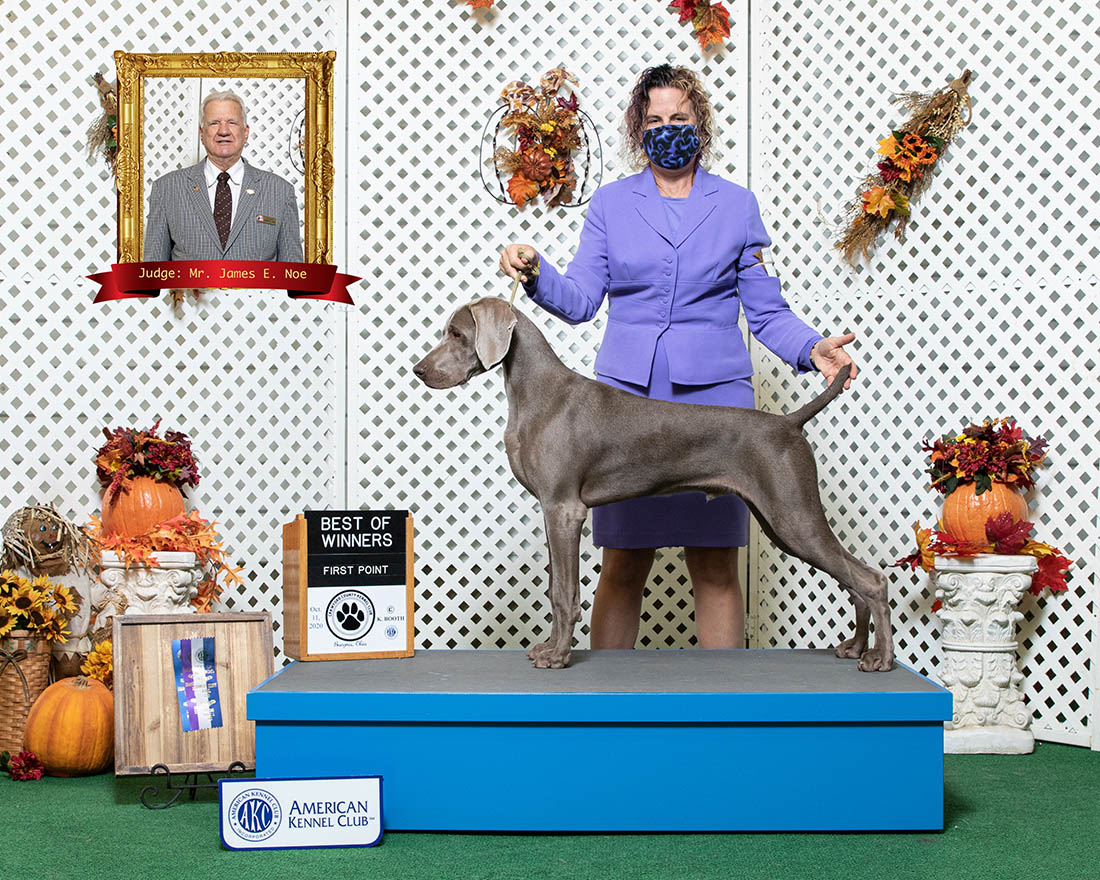 October 4th came about, and it was Dolphin's 6 month birthday. His first two show weekends were outdoors in Lima, Ohio. It was COLD at those shows! Dolphin picked up his first two championship points at those shows. He was officially on the road to becoming a champion!

Our next show was in Wilmington, Ohio. The first day was a double Weimaraner specialty, and all 4 shows were majors in Weims. Dolphin ended up winning ALL FOUR of the majors! This puts him at 14 points, just one point short of finishing his championship...and he is only 6 1/2 months old! 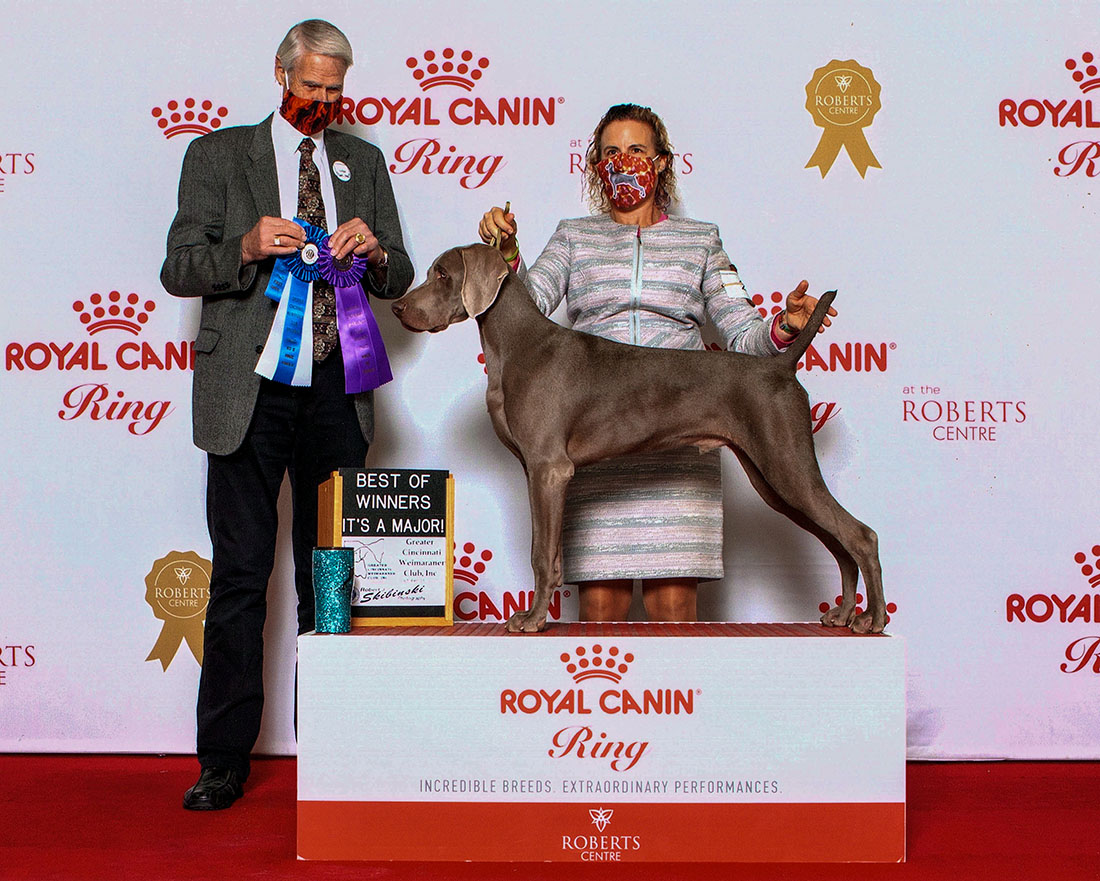 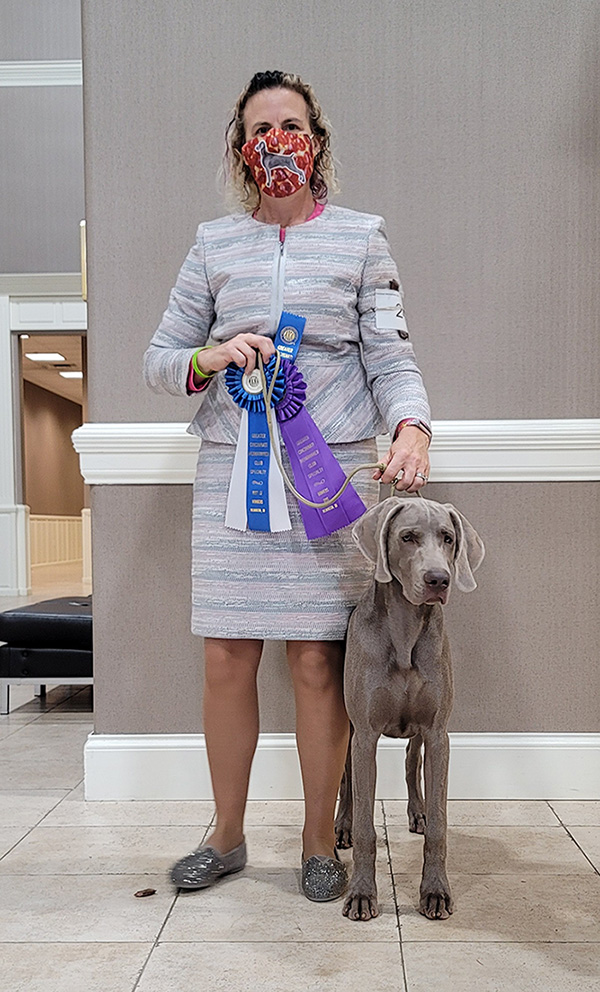 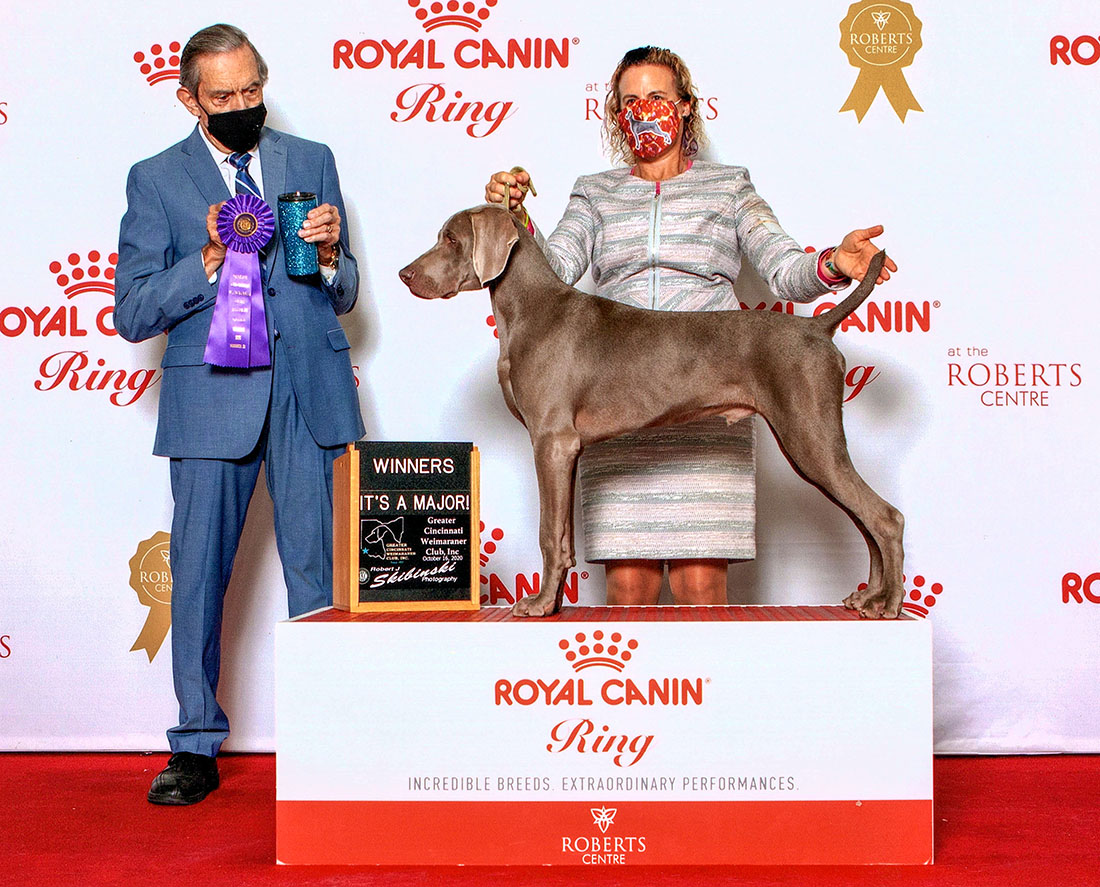 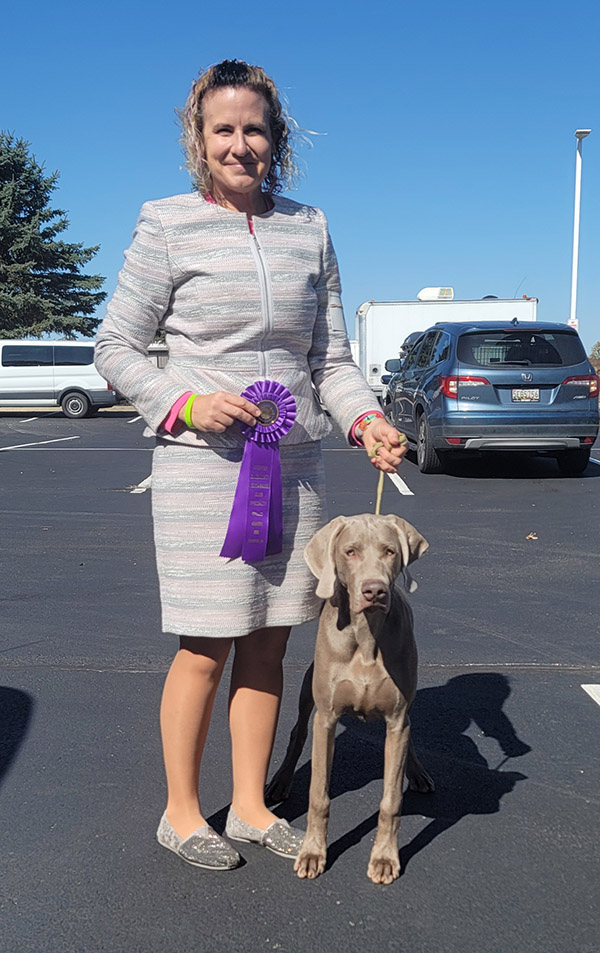 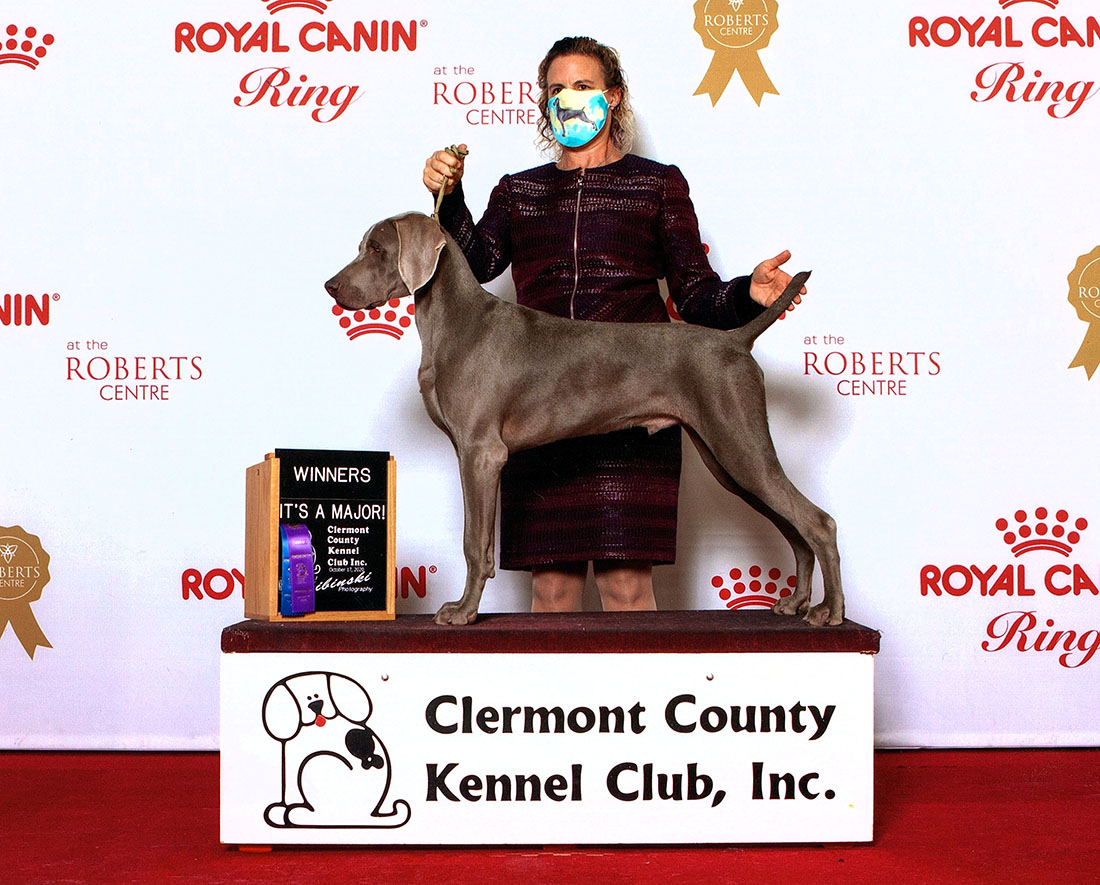 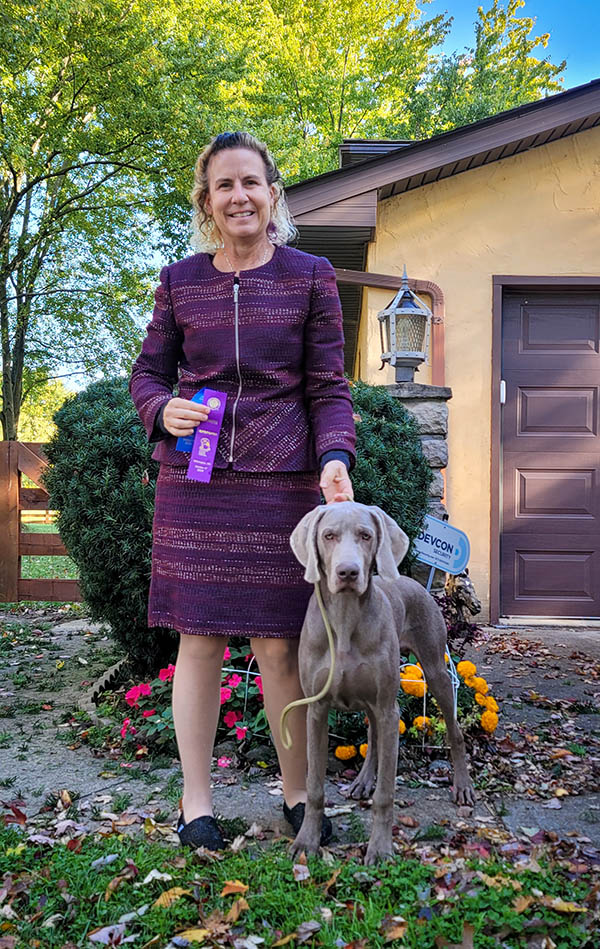 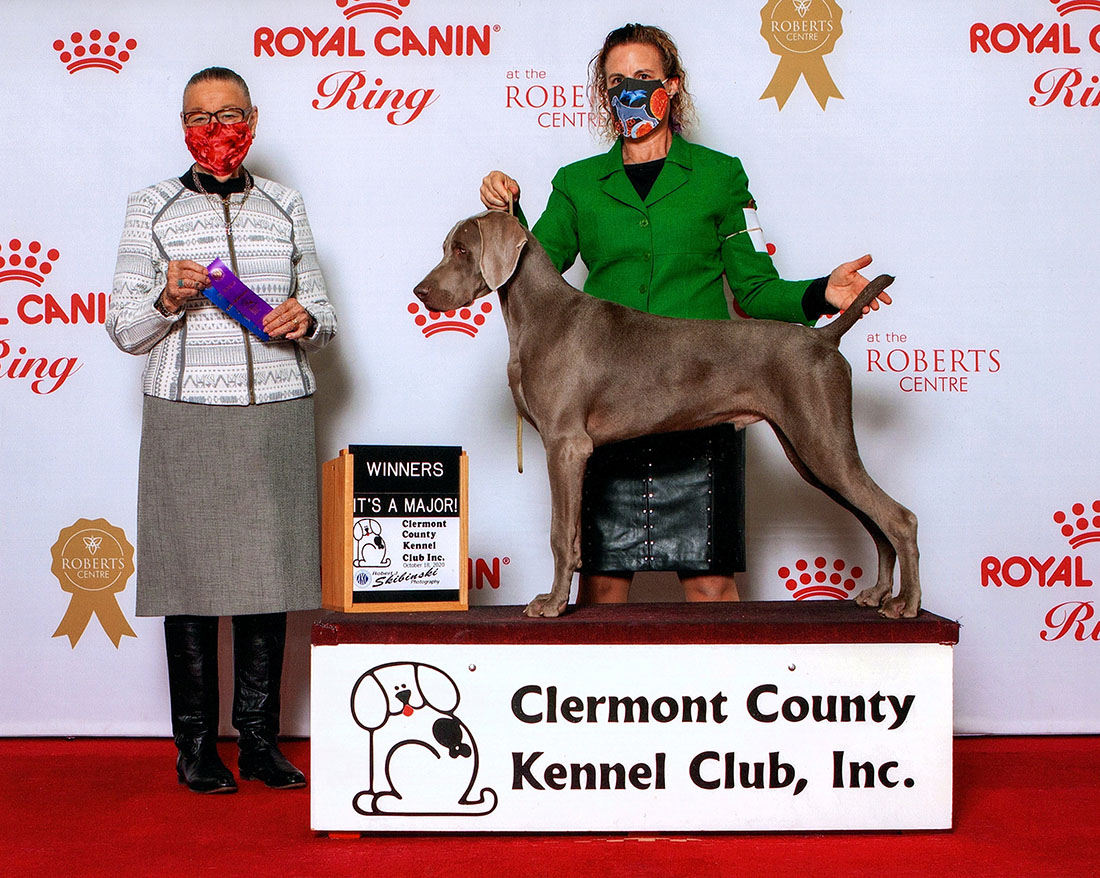 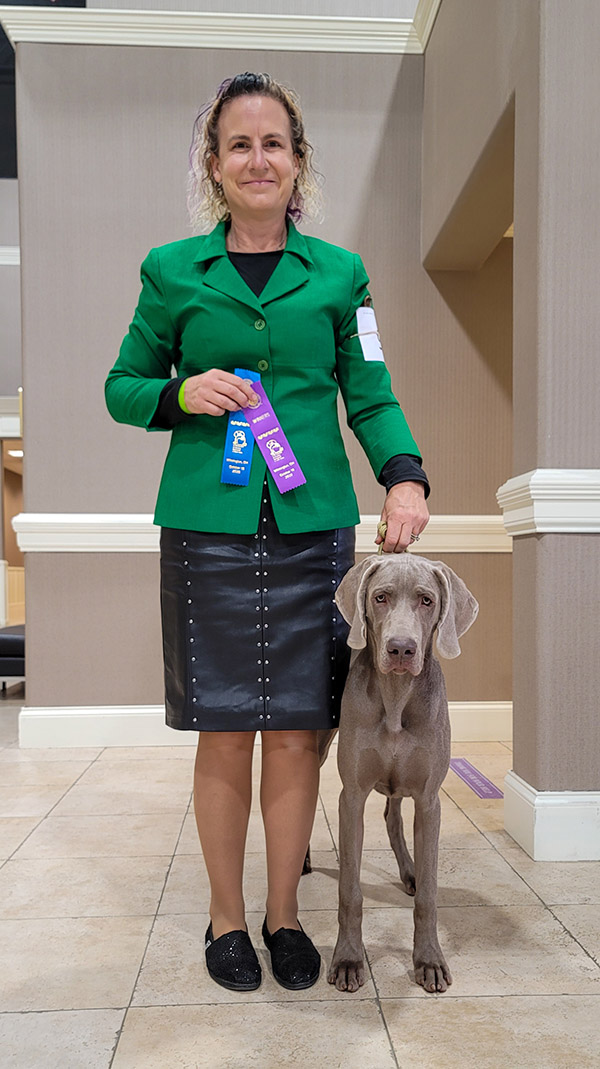 Our next show was in Wilmington again, a few weeks later. Dolphin just turned 7 months old, and he took Winners Dog for his last needed point (he actually got two points for that win) and is now officially an AKC Champion! Champion in one month of showing, that is one fast and amazing ride! 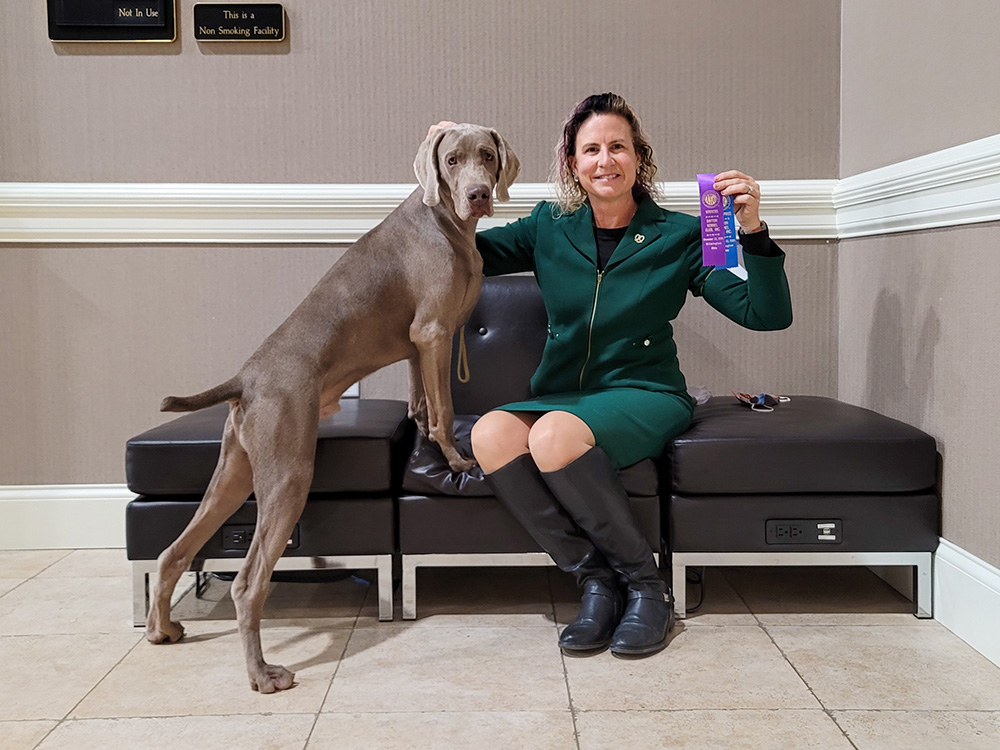 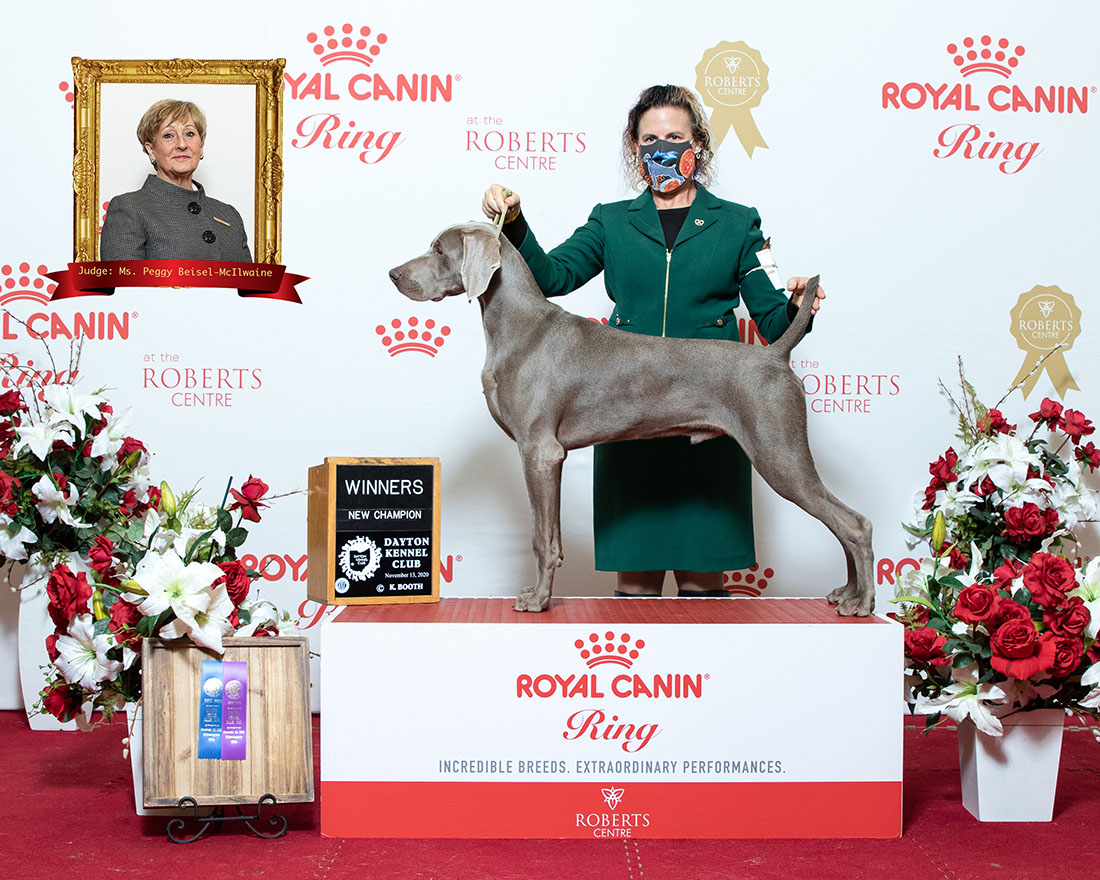 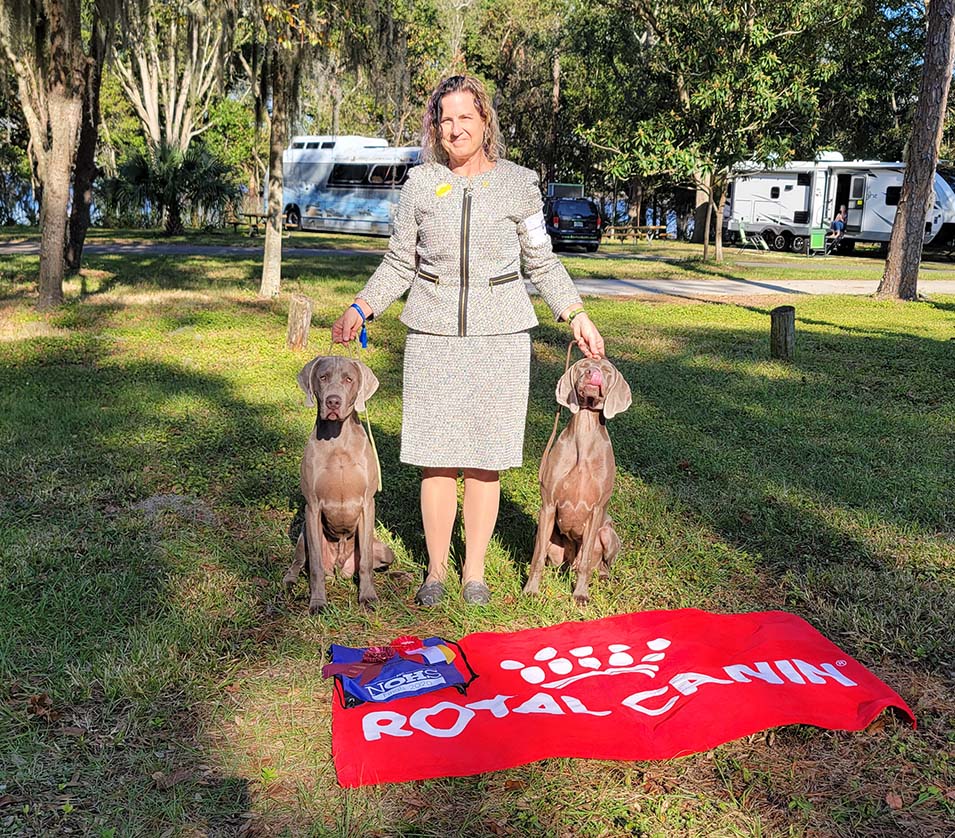 Our last event for 2020 was the AKC National Championship Puppy Stakes in Orlando, Florida. I didn't expect to get anything, Dolphin was one of the youngest Weimaraner puppies entered. I figured it was a great opportunity, and he is only eligible this year, so why not?

We entered the all-breed show the day before just so Dolphin could get some experience showing in that huge conventions center. I was super happy when he got pulled to make the cut in best of breed, over all of those really nice dog specials! That was a good sign, as he was not fazed at all by the craziness of this show venue.

Dolphin went into the puppy stakes and showed like the champion he is. I think she probably showed the best that he has ever shown. He ended up WINNING the puppy stakes, and was crowned AKC National Championship Weimaraner Puppy of the Year! What an amazing day! 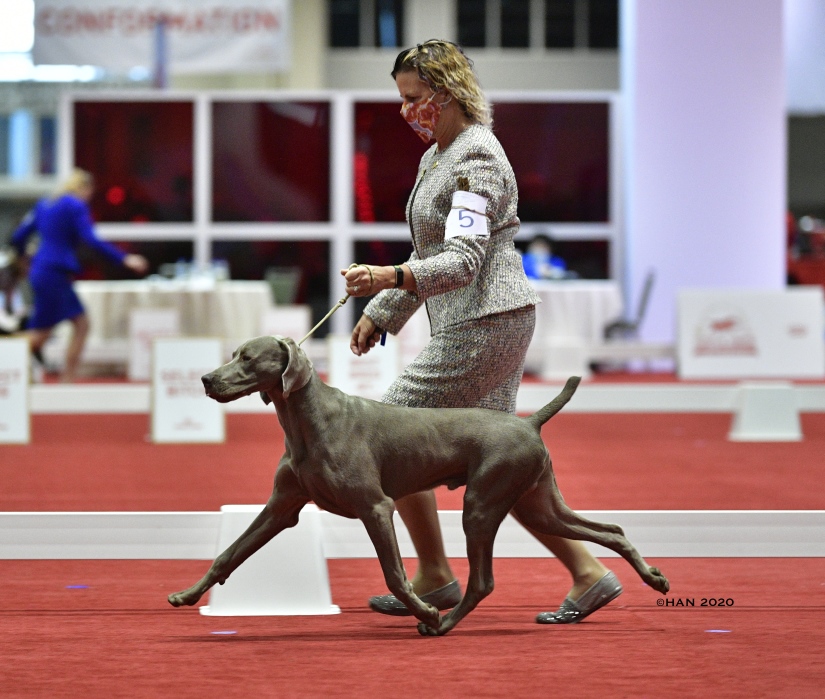 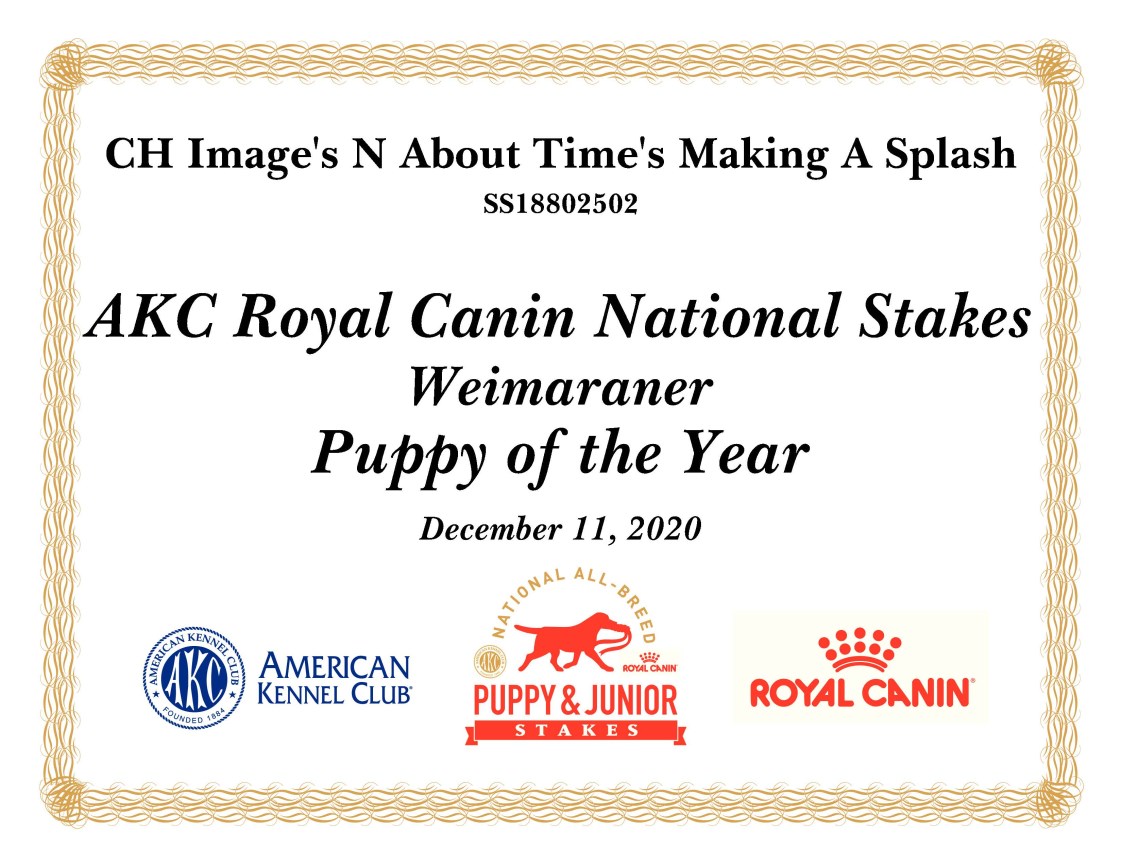 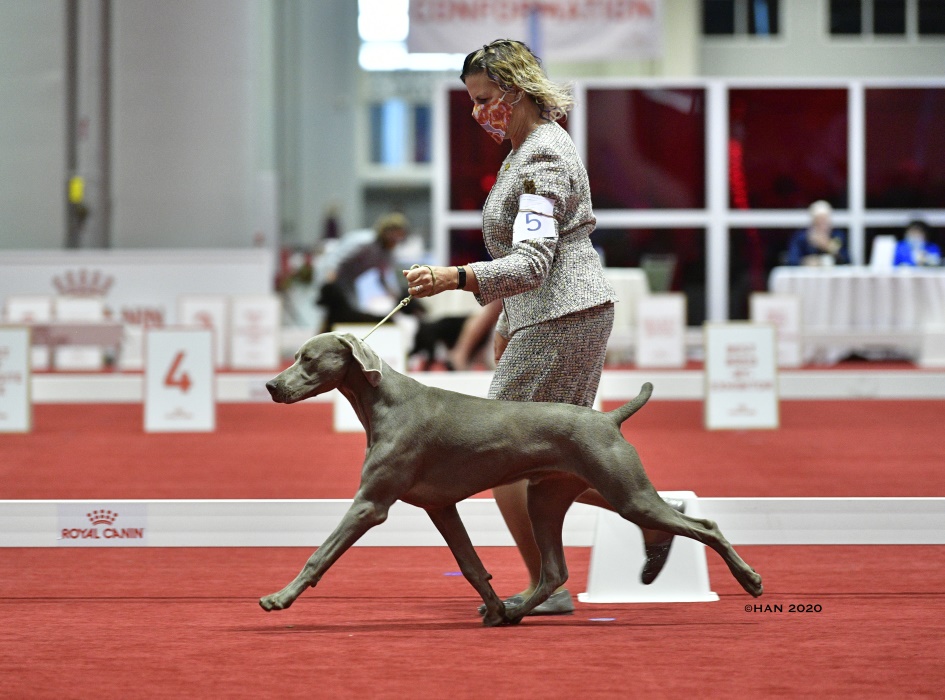